You are here: Home > What's On > Aladdin - Pantomime 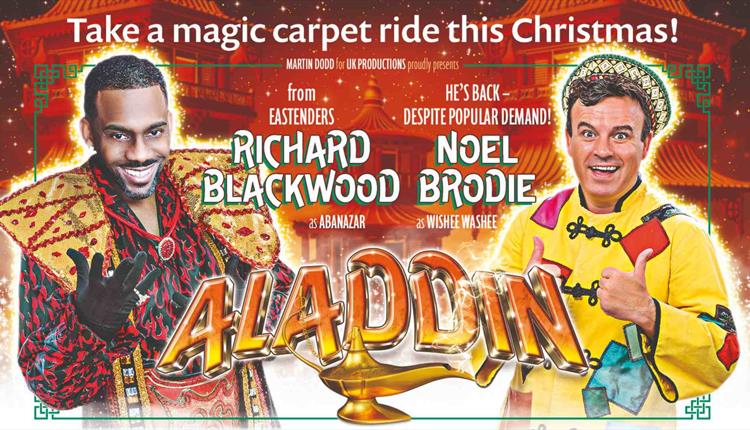 From the producers that bought you Jack and the Beanstalk and Sleeping Beauty, comes the thrilling story of Aladdin.

Packed full of everything you’d want in a pantomime including laugh-out-loud comedy, stunning scenery, beautiful costumes and of course - a flying carpet!

Follow Aladdin, his brother Wishee Washee, and of course his mother Widow Twankey, on a spectacular adventure.

Starring EastEnders Richard Blackwood as Abanazar and The X Factor's Amelia Lily as Spirit of the Ring, alongside Bournemouth Pavilion pantomime favourites - Noel Brodie as Wishee Washee and David Ball as Widow Twankey.

Amelia finished 3rd on the 8th series of The X Factor in 2011, mentored by Kelly Rowland.

Her debut single, You Bring Me Joy, was released in 2012 and reached number two on the UK Singles Chart, while her follow-up singles Shut Up (and Give Me Whatever You Got) and Party Over (both 2013) reached the top 20 and the top 40 respectively.

Amelia finished Runner Up in the 2017 summer series of Celebrity Big Brother (Channel 5) losing out by just 5% of the vote. After leaving the house Amelia was made the face of fashion brand Jane Norman with her own ALxJN collaboration.