You are here: What's On > DD Allen 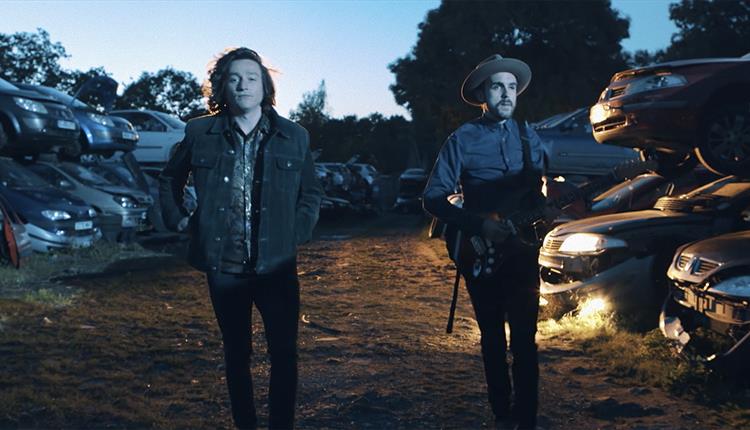 Since making the decision to focus on his love of music as a career, leaving a promising role with F1 supercar manufacturer McLaren to do so, things have moved swiftly for DD Allen.

Having caught the ear of James Blunt, resulting in a support slot on the Bournemouth leg of the Moon Landing arena tour in 2014, DD quickly set his sights on greater things. His signature song ‘The Deal’, and demo sessions of ‘Holborn Avenue’ and ‘Show Me A Little Mercy’ resulted in extensive radio play on BBC Solent and BBC Introducing. From here it was only a matter of time before DD drew wider attention. This came in the form of Double Platinum selling producer / engineer Mike Spink (Jake Bugg, The 1975) and Grammy Award winning producer Andrew Scheps (Adele, Red Hot Chilli Peppers, Hozier). Both producers have collaborated with DD to create an exciting repertoire with the groundbreaking aspiration to move an already blossoming career to the next level.  Working intensively at Monnow Valley Studios has led to a stunning body of work soon to be unleashed on DD’s ever-growing fan-base.

Mixing well-tested values of quality songwriting and distinctive production values, DD has worked to define a sound that is both contemporary and sustainable.

His compelling sound is a mixture of irresistible guitars, soulful harmonica and heartfelt vocals. Imagine a British Mike Scott tinged with the contemporary edge of a young James Walsh and you come close to the hugely distinctive vocal style that is DD Allen.

Whilst ‘Just Like The Old Days’, the lead track from the forthcoming album (Feb 2017) arrives with all the determined intent of a contemporary 'Killers' stadium anthem, what soon emerges is a subtle and poignant statement which sits comfortably between Foals and The Coral; containing a ‘Britishness’ that is both distinguishable and translatable.

Similarly, self-penned tracks like ‘Never Felt So Far From You’ have the remarkable ability to retain contemporary qualities whilst toying with the ever infectious U.S influences that continue to inspire modern British songwriters.

The current collection of tracks is both contemporary and relevant whilst retaining a foot in old school camps of quality songwriting and exciting recorded presentation.