You are here: What's On > Faulty Towers Dining Experience 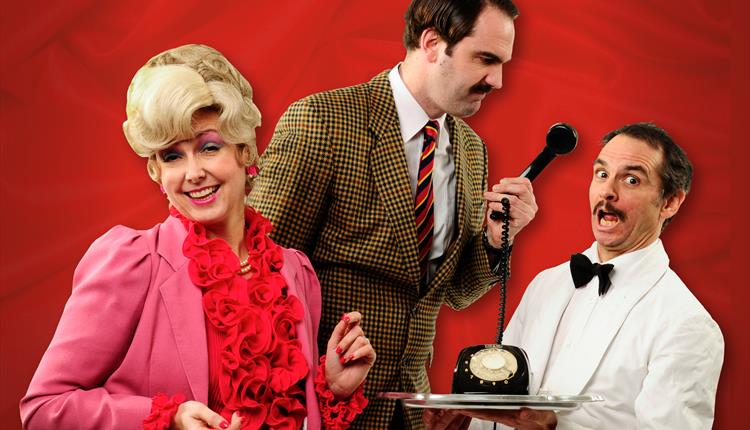 Officially the world’s longest running and most successful tribute to the BBC sitcom, this one-of-a-kind original has made its international mark as an ‘outrageously funny’ night out (BroadwayBaby, Edinburgh Fringe). Selling out at shows all over the world – from Sydney Opera House to London’s West End – it’s now returning to Lighthouse in September 2019. But be warned: tickets will sell out here too, so early booking is essential!

Basil, Manuel and Sybil are on their way, gearing up to bring a healthy dose of mayhem to your door! Fully immersive, highly interactive and completely original, this is the top-flight show where anything can happen and usually does – and with 70% of the show improvised, it’s never the same twice. With two hours of comedy, three courses of food, and five-star reviews, expect chaos, laughs, and a brilliant night out.

Now performed in up to 20 countries a year by 11 teams of actors, Faulty Towers The Dining Experience was born in Australia in 1997. The schedule for 2019 includes a wealth of highlights such as Fringe Festivals in Adelaide, Melbourne and Edinburgh; tours across entire continents like Europe, Scandinavia, Asia and Australia; and an ongoing residency in London’s West End. With over 21 years of continuous critical and audience acclaim and close to a million seats sold around the world, it’s clear that this is the most successful interactive comedy show of its kind.