You are here: Things to Do > Bournemouth Aviation Museum 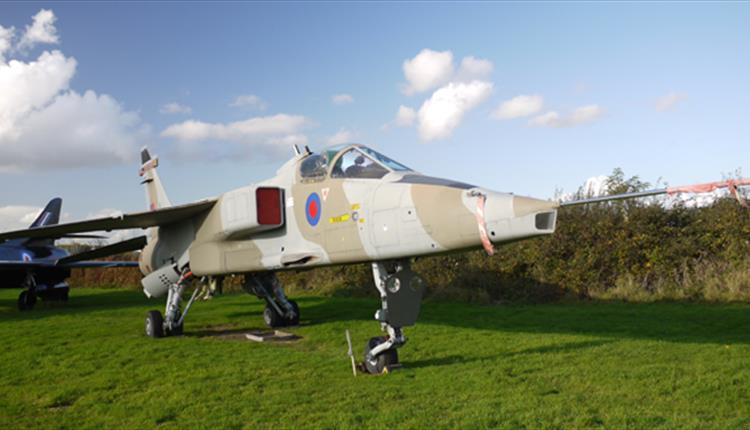 Our museum is a truly hands-on experience. We have many interactive exhibits with most of our aircraft cockpits available for you to actually sit inside. From the famous English Electric Lightning to the mighty Westland Wessex Helicopter – all are available for you to view up close.

A visit to the museum is a memorable and educational time out. You will learn about the variety of exhibits and their various operational roles as well as getting an insight into the local aviation heritage. Located adjacent to the airport and open daily you are sure to catch a glimpse of the live action right on our doorstep.Once your visit is complete why not visit our shop where we have some exciting ideas of gifts and a heaven for anyone interested in aviation. You can even visit the shop without entering the museum, just in case you fancy browsing the aviation memorabilia.

Originally established in May 1998 as the Jet Heritage Museum (housed in the Jet Heritage hangar on the Airport) the museum had the advantage of visitors being able to see work under way on Jet Heritage’s fighter collection as well as access to an outside viewing area. June 1999 saw an open day at the museum where, as well as the Jet Heritage aircraft, visitors were treated to a visit by Concorde. Problems within Jet Heritage saw the company go into liquidation in August 1999 but, being a separate Charitable Foundation, the museum side remained in business. It then became the Bournemouth Aviation Museum, run by a team of volunteers. Exhibits ranged in size from an Isaacs Fury to a BAC One-Eleven: The One-Eleven proved a popular venue for children’s parties.

Museum operations continued until the end of 2007 when Bournemouth Airport dropped a bombshell – Due to planned airport expansion they would not renew the lease of the museum hangar as it was needed for car parking. The airport was unable to offer an alternative site and the future looked bleak with the museum shutting on 19 December 2007. Salvation came in autumn 2008 when museum re-opened having relocated to Adventure Wonderland adjacent to the airport. The majority of aircraft were transported to the new site, but, unfortunately, the One-Eleven and Herald did not make the move.

The museum now has the advantage of being on the same site as Adventure Wonderland – so visitors have two excellent venues to visit at the same location. The museum aims to have, as many exhibits available to sit in as possible – children of all ages love the hands on experience. New exhibits are always being added and the recent arrival of the Boeing 737 will enable children’s parties to be hosted once again.