You are here: Things To Do > The Regent Centre 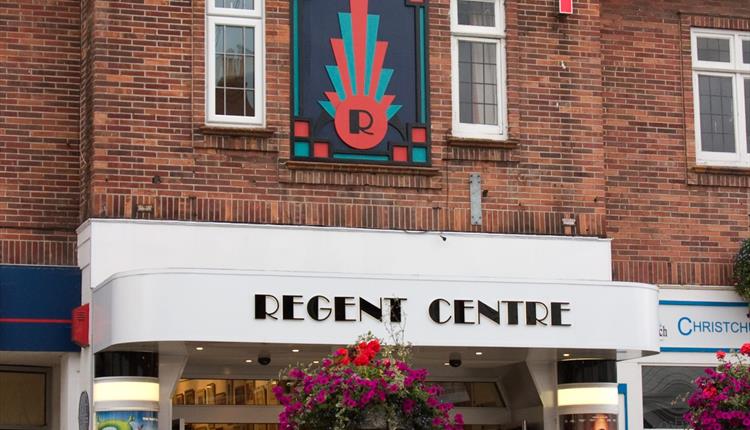 The Regent Centre is preparing to re-open after it’s most significant restoration since originally opening as the towns ‘Super-Cinema’ on Boxing day 1931.

The venue shut along with others across the UK in March of this year but was previously committed to this restoration project to ensure that patrons could enjoy the very best experience when visiting when we reopen and for generations to come. Through customer generosity and careful management of the venue, funds have been raised over the last 2 years to allocate £350,000 for project restoration, which commenced in late June this year as previously planned.

During the Autumn/Winter season there will be a selection of live broadcasts taking place at the Regent Centre.  Please see the what's on page for further information.

The Regent Centre is situated in the middle of Christchurch High Street and is the cinema, theatre, concert hall, art gallery and entertainment centre serving Christchurch, East Dorset and the New Forest.

The Regent opened on Boxing Day 1931 as the town’s cinema, a role it retained until July 1973, when it was closed and then re-opened as the Mecca Social and Bingo Club. The final cry of ‘house’ was sounded in February 1982.

The need for an arts centre in Christchurch had already been well established in the town and in November 1982, Christchurch Borough Council purchased the Regent. A unique relationship was formed between the local authority and a group of over 100 enthusiastic volunteers. Together, they lovingly restored the Regent to all its early Art Deco glory. The Regent Centre in its present form was finally opened on June 11th 1983 by the actress Dora Bryan.

Today, the Regent Centre is one of the finest examples of an early 1930s cinema to survive in Britain. Its 509 seats are regularly filled for events as diverse as the latest film releases to professional touring theatre, jazz, big band, ballet, opera and celebrity star shows. The Regent is also the home venue for many local amateur companies, who regularly stage productions at the Centre.

* The box office phone lines are currently open Monday - Friday 10am - 4pm. For the most up to date information visit the website.

There is a Public Car Park at the rear of the Regent, just off Wick Lane.