You are here: Things To Do > Stour Valley Nature Reserve 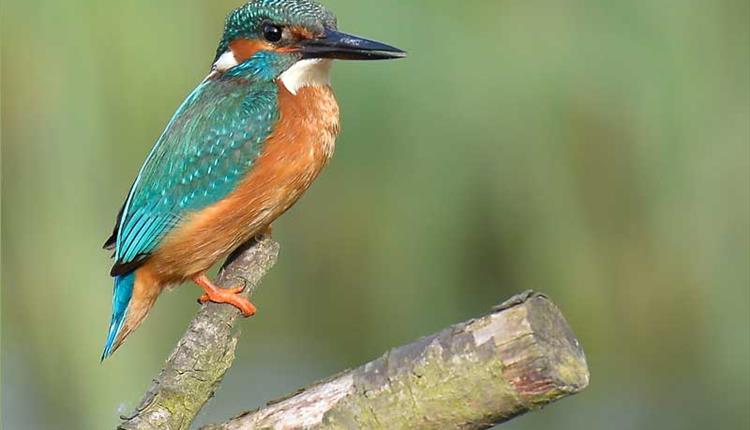 You can find the beautiful Stour Valley on the north-west edge of Bournemouth. A ranger team is based at Kingfisher Barn Visitor Centre, near Granby Road car park (postcode BH9 3NZ). The reserve has a Green Flag award and includes a two mile stretch of riverside footpath, meadows, hedgerows and woodland.

Exploring on your own, with friends or family?

The reserve is easy to find your way around with marked trails and information boards throughout the site. Roam along easy-access paths amongst grassland, woodland and river habitats. Visitors can look out for wildlife – our friendly otters can be seen throughout the day along with the iconic and beautiful kingfishers.

If you’re less confident about finding your way, or just want some expert knowledge to add a little more to your visit, why not check out our events listings or enquire in the Visitor Centre, where our friendly staff and volunteers will be happy to help with many maps and trail leaflets to guide you.

Gulliver - the 'King of Smugglers'

Isaac Gulliver (1745-1822), a notorious local smuggler, illegally traded in spirits, wine, tea, silk and lace alongside his business as an inn keeper. His gang disguised themselves by powdering their hair and became known as the White Wig Gang.

The Dorset coast, with its many hidden coves, was ideal for smuggling. The gang brought goods ashore and stashed them in the tower of St Andrew's Church in Kinson, away from the prying eyes of the excise men.

Find out more about smugglers along the Stour Valley by coming into the Visitor Centre.

Throop Mill stands on the site of older watermills. One was recorded there in the Domesday survey of 1086.

The mill was operated by various businesses over its long history, including producers of 'hardtack', or ships biscuits. These rock-hard biscuits, made with flour, water and salt, were the staple diet of Tudor sailors on long voyages.

Old Villages of the Stour Valley

At the beginning of the 19th century the area we now call Bournemouth was little more than scattered farms, small villages and heathland grazed by cattle.

As the Victorian craze for healthy seaside holidays took hold, the local beaches drew attention. By 1840 a small village had sprung up near the mouth of the River Bourne. Rental villas were advertised to wealthy Victorian families.

The arrival of the railway, in 1870, sparked a population and building boom. By 1881 there were 859 people living in the town of Bournemouth. This became 37,000 in the following ten years.

Today 183,491 people live in the town, making it the largest in Dorset with the surrounding South East Dorset conurbation making a total population of over 400,000.