You are here: Things To Do > Stanpit Marsh Nature Reserve 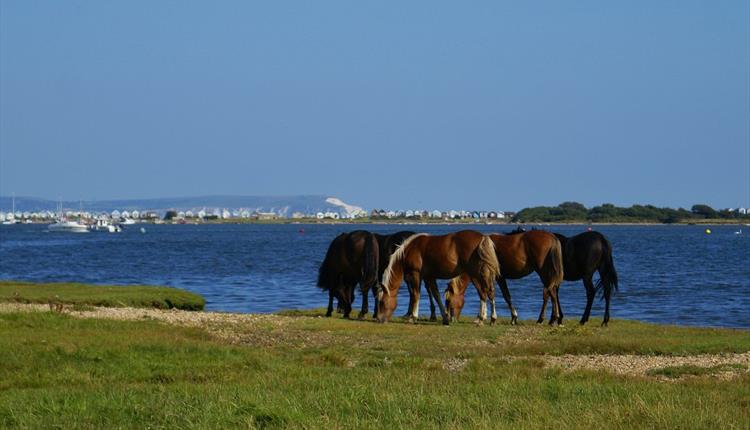 Stanpit Marsh is situated on the north side of Christchurch Harbour, just below the confluence of the rivers Avon and Stour.

It was designated as a Local Nature Reserve in 1964 and in 1986 as a Site of Special Scientific Interest. The Marsh is home to over 300 species of plants, 14 of which are nationally rare and endangered.

Historically the Marsh was a hotpsot for smuggling who used the land to hide and transport contraband into Mudeford. Legend has it that a landlady named Mother Siller was key to the success of smuggling in the area. The pathway known as Mother Siller's channel used to stretch as far as the Ship in Distress, providing a quick and easy route through which goods could be landed and left in the care of Hannah Siller, the 'protecting angel' of smugglers. The climax of smuggling was the occasion of the locally famous "Battle of Mudeford" on 15 July 1784. Today the scout hut on Stanpit Recreation Ground is named 'Orestes' in memory of the customs 'lugger' sent to confront the smugglers.

Stanpit Marsh requires dogs to be on a lead at all times and the area is subject to a dog control order. Stanpit Recreation Ground (adjacent) is suitable for dogs to run off lead.

Stanpit Marsh is grazed by New Forest Ponies and this is a key component of management. There are two separate herds: the main herd which permanently lives on site and a seasonal herd, that grazes Priory Marsh and is removed over winter. The ponies, which are semi-wild, are cared for by a grazier.