You are here: Things To Do > Christchurch Harbour 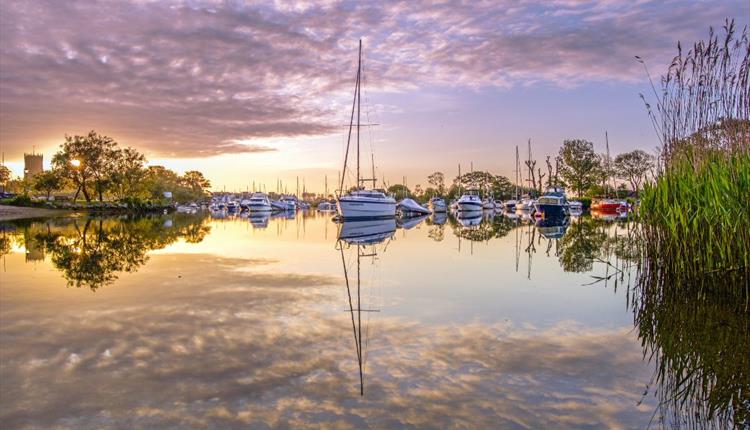 Christchurch Harbour is an isolated natural harbour to the South East of Christchurch. The harbour is generally shallow and due to the tidal harmonics in the English Channel has a double high water on each tide. Its is surrounded by varied habitats including saltmarshes, wet meadows, grassland, heath, sand dunes, woodland and scrub.

The harbour flows into the ocean on the East side via a narrow channel in the Mudeford Sandbank known locally as The Run, Shallow-draught boats can travel through this channel into Christchurch Bay with views towards the Needles and Isle Of Wight, before expanding into the English Channel.

There are more than 1,400 small boat moorings in the harbour and rivers. Sailing, rowing, canoeing, windsurfing and kite surfing are all practised in the harbour. Fishing, walking and bird spotting are all activities enjoyed on the Harbour shores.

Mudeford Ferry operates between Mudeford Quay and the Beach at Mudeford Sandbank approximately every 15 minutes during British Summer Time, which is from Easter to late October, weather permitting.

Ferries also runs from Tuckton Bridge to Mudeford Sandbank and between there and Mudeford Quay, these are some of the same vessels first used in the 1930s. There is also a ferry at Wick.